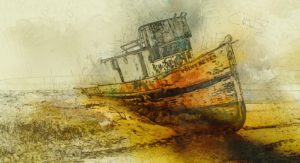 When looking at the value of the US economy, which sectors are the most supportive?  Where is the best value coming from?  And which areas can we be most proud of?

In the Arts and Cultural Production Satellite Account (ACSPA) – a study put together by the National Endowment for the Arts (NEA) in collaboration with the US Bureau of Economic Analysis (BEA) – the arts were recognized as having a hugely positive impact on America’s economic success. Contributing a staggering $763.6 billion annually to America’s economy, this is ahead of industries one might assume would be heavy on the economic impact factor such as agriculture and transportation.

In addition, because of the arts, 4.9 million people have jobs throughout America with earnings totaling a value of $370 billion.  As well, there was $20 billion more in exports than imports resulting in a very “positive trade balance.”

The ACSPA tracked the economic impact year on year of arts and cultural production from 35 commercial and nonprofit industries.  As Jane Chu, NEA Chairman said:

“The robust data present in the Arts and Cultural Production Satellite Account show through hard evidence how and where arts and culture contribute value to the economies of communities throughout the nation. The data confirm that the arts play a meaningful role in our daily lives, including through the jobs we have, the products we purchase, and the experiences we share.”

← Collapse of US Dollar
Market Watch: US and China →